Why You Need A Producer For Your Next Project 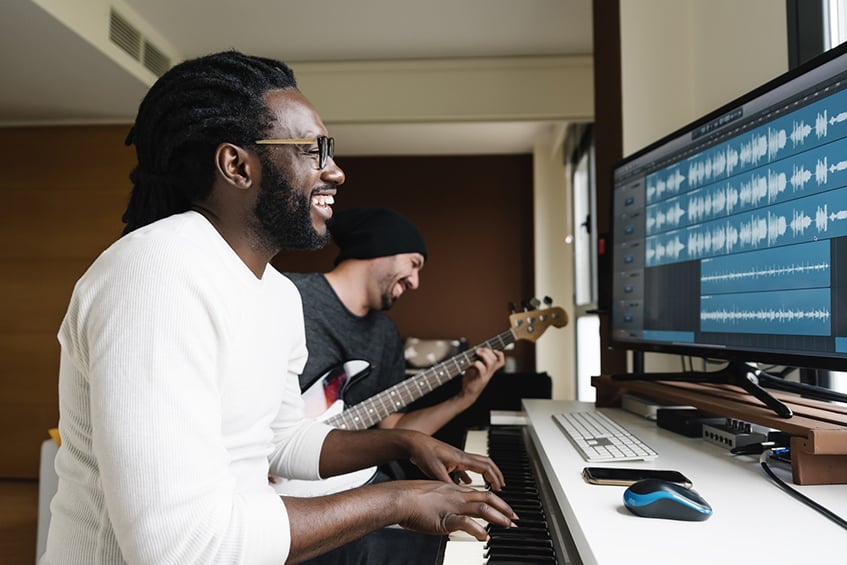 A producer is usually someone with the requisite level of music knowledge and experience to guide a recording from start to finish. An experienced producer should have the necessary technical skills to work along with a studio engineer or be in a position to engineer the project themselves. Whether they're working with a novice or experienced artist, the producer should be able to guide the artist in terms of song selection, structure and arrangement and vocal performance to deliver the right recording personality.

Producers typically come from one of four backgrounds:

Producer/Songwriter - The type of recording needed will be based on the quality of song you are striving for. The producer/songwriter normally provides guidance in the song selection process based on what they think does or doesn't work.
Producer/Musician - This type of producer plays one or more instruments. Their background and understanding of music theory will help them to identify what instrumental approach will work best for a given song.
Producer/Engineer - Hands on experience gained from being involved in the recording process i.e. the placement of microphones on drum kits, recording vocals or mixing albums, helps them to make the recording process a smooth one for the artist.
Producer/Music Fan - When someone eats, sleeps and breathes music, their instincts as a music fan can help them to guide artists through the recording process even without having technical or theoretical experience. This happens because whereas being too close to the process may comprise the overall recording, they bring what can be described as an outsider’s perspective.

As an artist, it is very important for you to do your research and try and work with producers who you think will be willing to give you and your music the attention necessary to achieve great success.

What Do Producers Do?

Some producers are involved in several aspects of a project while some choose to play a minimal role. Where an artist has a clear objective of what they want to achieve, the producer may be hands-off and provide a voice of experience and perspective. On the contrary, some producers will be apart of the co-writing process for songs, engineering or to even playing one or all of the instruments. In some instances, a recording becomes so distinct that the producer becomes as associated with the recording as the artist themselves. The only measure that matters most to a producer, is whether or not the resulting recording is satisfying to the fans. The three main areas producers do their work are pre-production, instrumental recording/ arrangements and vocals.

The role of the producer during the pre-production stage involves working with the artist to decide if the songs are as good as they can be and which songs would work best as a group for an album release. Also, the decision as to the overall sound of the recording and which session musicians/instruments would be best suited to achieve the sound and feel of a particular song.

The instrumental recording/arrangement stage of the recording process is critical to the final product. The producer’s job is to work with musicians and help direct their performances in the studio in order to achieve a cohesive sound for the recording.

Without vocals, the recording would merely be an instrumental. The producer plays an active role in guiding the vocalist to bring out their best, which even the most experienced vocalist may find difficult at times. Their perspective and experience will be used to determine if the vocalist should do another vocal pass or take a break.

A good level of trust and a positive working relationship between artist and producer, makes for the best results.

How Do I Find A Producer?

If you’re new to the process of recording an album or even a song demo, you may not be familiar with how to find a producer for your project. Generally, you may check through word of mouth within music communities. Another avenue is by looking at the production credits of independent CD projects which normally has the contact details of the producer or their management team. Of course, a bold step would be to make contact with a well known or successful producer whose work you admire. Maybe they will be busy or out of your budget, but you never know, they might just be looking for new talents to work with.